There are only four episodes left of this season of Teen Wolf, and we’ve yet to find out the identity of the Benefactor. While “Time of Death” brings us closer to the mysterious villain, there are still a lot of loose ends and new plots to wrap up in a short amount of time.

In true Teen Wolf fashion, the kids come up with a half-baked plan to draw out the Benefactor. By pretending that Scott is dead. Scott is put in some kind of mostly dead state, then declared dead by a licensed medical professional at Beacon Hills hospital, and used as a lure for the Benefactor. No one gives any thought to the trouble faking one’s own death generally causes, because that’s not their style. But hey, at least Melissa really gets to flex her acting skills with her reaction to her son’s fake death.

While in his coma, Scott has recurring dreams in which he watches Liam die at The Mute’s hands over and over until it’s he himself who is wielding the hatchet. The moral of the dream sequences is that killing your enemies is a necessary endeavor when the death of your adorable were-cub is the alternative. Scott’s worries about becoming a monster are valid (what’s up with his menacing new set of chompers?), but if he wants to take down the Benefactor, he’s going to have to get his hands dirty.

“I WAS THE ORIGINAL TEEN WOLF! ME!”

Liam is fully on board with the plan, after a bit of convincing, and he does his best to protect his Alpha against the Berserkers. Liam isn’t really skilled at werewolf fighting yet, but he does give it his all. His relationship with Scott is adorable, and it’s clear from the immediacy of the trust he puts in Scott and the others that he was quite lonely before.

While Stiles, Scott, Kira, and Liam wait for the Benefactor to fall into their trap, Derek learns some survival skills from Braeden. Also, they have sex. I’m more or less indifferent to their relationship, as I am to most romantic relationships on Teen Wolf, but good for them. Braeden seems the most genuine of Derek’s love interests, in that she’d probably skip deceit and straight up murder him if that’s what she intended to do. Derek seems a lot peppier than he has in pretty much his whole life, and I can’t tell whether it’s because of Braeden or because the wolf-y burden is being lifted off of his shoulders. I hope his human adventures don’t last too long though. Being human is a terrible curse on this show. 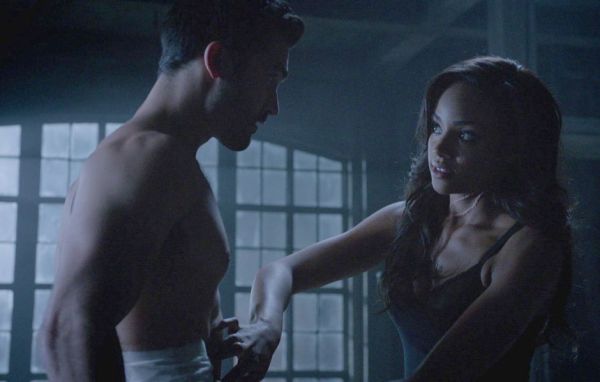 Still not talking to Stiles, Malia walks into the Hale vault and breaks her threadbare adoption papers (does she still live with her adopted father?) out of Peter’s safe. Peter catches her in the act, and works some of his “I’m psychotic, but you need me” mumbo-jumbo on her, including alerting her to the fact that her real mother is alive. The Hale family continuity is all over the place, but I guess Malia is meant to be the result of a one-night stand or short term relationship. That would explain why she was adopted out. Malia, against her and everyone else’s better judgement, decides to work with Peter to find her mother. It could be an interesting storyline, but with only four episodes left, it might be better postponed until next season.

Lydia’s role is once again small, but a lot is revealed about her Banshee heritage. It’s heavily implied that Lydia’s grandmother is a banshee, and her stay at Eichen House may connect her to Meredith. While the Martins have long been under the impression that Grandma is dead, it’s looking more and more like she might be alive. And could be the Benefactor. It seems unlikely, but it is the kind of bizarre, completely out-of-left-field nonsense that Teen Wolf would come up with. 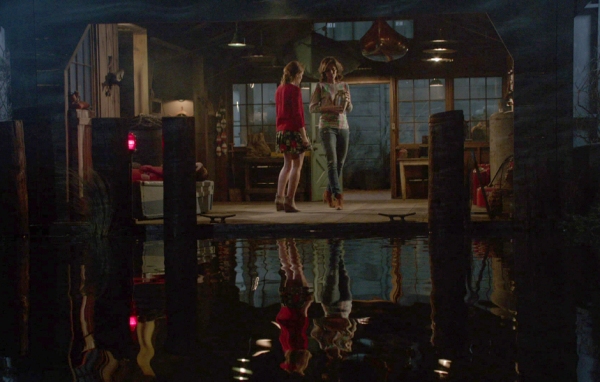 “You know you really take after your grandmother. She was a creepy too.”

Kate and Peter have more or less confirmed that neither of them are the Benefactor, with Kate’s plan to take Scott’s body from the hospital put off by Chris’ assurances that they have a plan in place to defeat their common enemy. Of course, before she leaves, Kate sets her Berserkers on Melissa and Noshiko, the latter of whom is gravely injured. While Noshiko survives, she’s taken to a hospital in Palo Alto (good move on her part), and Kira leaves to join her. It’s not clear whether Kira’s absence will be an issue for the rest of the gang, but having two master swordswomen out of town is nerve wracking.

Four episodes is a lot of time to wrap the Benefactor plot up, but some of the other loose ends may have to wait until next season, especially since the mystery of Deputy Parrish is likely to take up the next episode.

Despite there being a lot of positive aspects of season four, it has fallen into the same trap as the season before it. There are too many villains and not enough time to satisfyingly explore them all. Hopefully Teen Wolf can address the matter of the Benefactor and the dead pool, Kate and her werejaguar transformation, and the Berserkers without feeling too rushed.

Images are copyright of MTV.