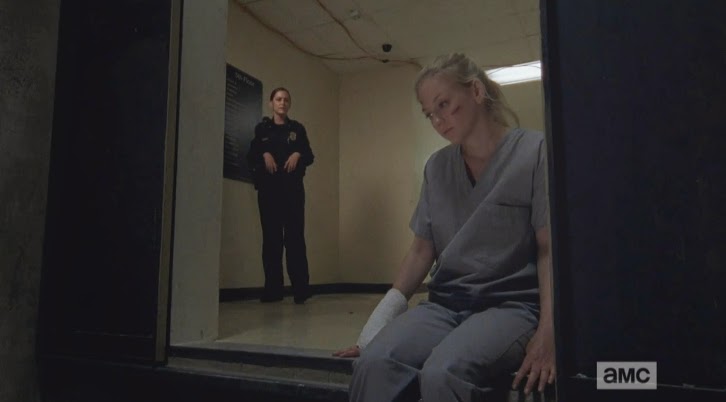 It’s taken me a few days to really gather my thoughts on “Coda”. I genuinely enjoy The Walking Dead, and I’m usually able to see past its many, many flaws, but this episode didn’t sit well with me and still doesn’t after some deliberation. While there are a few decent moments interspersed throughout the episode, “Coda” mainly serves to render pointless most of the season so far with the cheap, senseless death of one of the more promising characters on the show.

“Coda”‘s main problem is that the outcome of the episode completely unravels the entire first half of Season 5. The Walking Dead is by nature a show always in transition, with no true endgame. The characters take their lives one day at a time, and goals usually revolve around getting somewhere, finding someone, protecting whatever location they’re at. That’s fine. The problem is that their goal  – rescue Beth – never pans out. They risk their lives and waste resources for no reason, and they fail. Obviously, from the group’s standpoint, it’s a risk they’re willing to take. But from an audience standpoint, it’s a colossal waste of time. There are any number of things the writers could have focused on instead of a doomed rescue mission, but they chose to jerk the audience around for several episodes. It smacks of Sophia in Season 2. The ongoing search for her generated some fantastic character moments, as the rescue mission does here. But ultimately, it illuminates The Walking Dead‘s poor pacing issues. 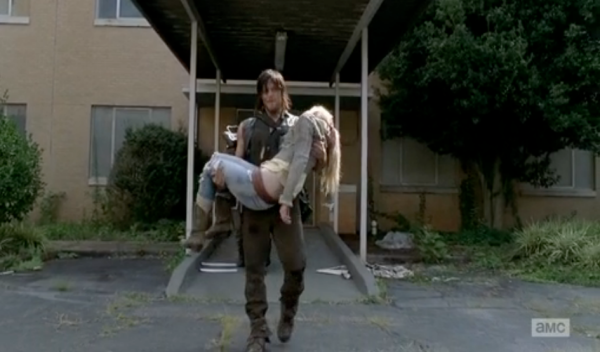 They wasted eight episodes just to get this incredibly cliche action movie shot.

Perhaps the first half of the season wouldn’t feel like such a waste if Beth’s death wasn’t so manipulative. The whole point of it – so forced that they had to have Beth attempt the most idiotic move ever just to orchestrate the circumstances of her death – is to generate cheap shock value at Beth’s expense. She’d been separated from the group since Season 4’s “Alone”. Every appearance or mention of her since was a build-up to her eventual return. Her adventures with Daryl, her declaration that she’s “not just another dead girl”, and her shrewdness at the hospital were all contributors to the moment in which she would triumphantly reunite with her family as a new, stronger woman. Except The Walking Dead kills her before there can be a payoff. It’s frustrating, and tiresome. We get it, anyone can die. But killing characters before their time, or at least through heavily contrived circumstances, is deeply unsatisfying.

Bottom line, Beth should have lived. Killing her is a waste of a perfectly good character. She’d been in the background for two seasons before really receiving any decent characterization, and when she did, she started to flourish. There are any number of plotlines she could have been involved in. What could have happened with her and Daryl? Could she have morphed into a Carol-like badass? Could she have put her new-found medical skills to use? All of these plot threads are left hanging. All of Beth’s previous character development rings hollow now that she is just another dead girl. 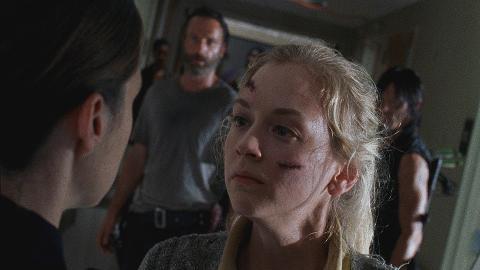 I guess Comic!Andrea’s scars being on Beth’s face meant nothing then.

Beth’s death will only serve to undo all of Daryl’s positive mental development. It’ll only make Maggie lose hope (never mind that she didn’t even remember she had a sister until Michonne mentioned it). It doesn’t really have any meaning for Beth herself. It isn’t a natural conclusion for her character. It’s just dumb.

The rest of the episode fares a little better, though there are still some frustrating aspects. The hospital, despite its moments of characterization for Beth, never really works. Dawn is such a vague, confusing character, and her tenuous grasp on her people gives off the vibe that Beth could have just pushed her down the elevator shaft after the police officer and walked out of the building. 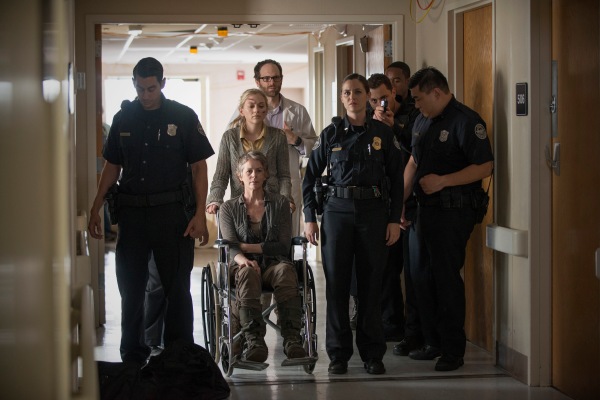 All of y’all hospital folks can go straight to hell, bye now.

Carol barely gets anything to do or say, her grievous injuries completely glossed over. Had the story been framed differently, Carol would have been a more natural and devastating choice to kill. Her guilt about killing others for the greater good was a jumping-off point for a selfless sacrifice, and as a major character, her death would have made a real impact (though I’m glad she’s not dead). Alas, Carol doesn’t get to swoop in to save the day in a blaze of glory and pyrotechnics. She just sits in a wheelchair and reacts accordingly when Beth gets killed.

Noah is a welcome addition to the group, but his involvement with the trade-off did more harm than good. Had Beth let Noah go with the knowledge that Dawn’s grasp on the hospital was crumbling, he may have been able to escape and catch up pretty easily. Unfortunately, his involvement with the group is partly what got Beth killed, making me think it might have been more prudent of Rick to leave him with Michonne and Carl. 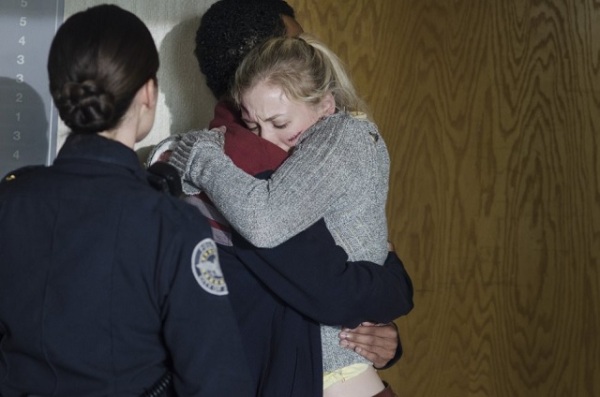 “Don’t worry, Beth. I’ll just lure Dawn over to the elevator and kick her down the shaft. Like you should have done.”

The moments at the church are the least disappointing, which is saying a lot when Father Gabriel is involved. Gabriel himself is as moronic as ever, and he still hasn’t been forced to actually kill a walker. But Michonne and Carl have been pretty passive of late and it’s nice to know that their skills are still sharp. The return of Glenn, Maggie, and the others is a welcome relief. After everything that’s happened, at least there won’t be any more splitting up. Morgan’s continued pursuit of the group, seen after the credits, makes for a nice bit of anticipation.

Moments aside, “Coda” is painfully hollow. It negates all of Beth’s development in favor of cheap thrills, and is pretty underwhelming in most other aspects. While the first half of the season is a pretty worthwhile group of episodes, the hopeless conclusion of its finale makes it all come off as an attempt to stall while the writers cook up the actual plot of Season 5. It’s darkness for darkness’ sake. But grittiness is meaningless if it’s empty. Hopefully The Walking Dead will remember that moving forward.