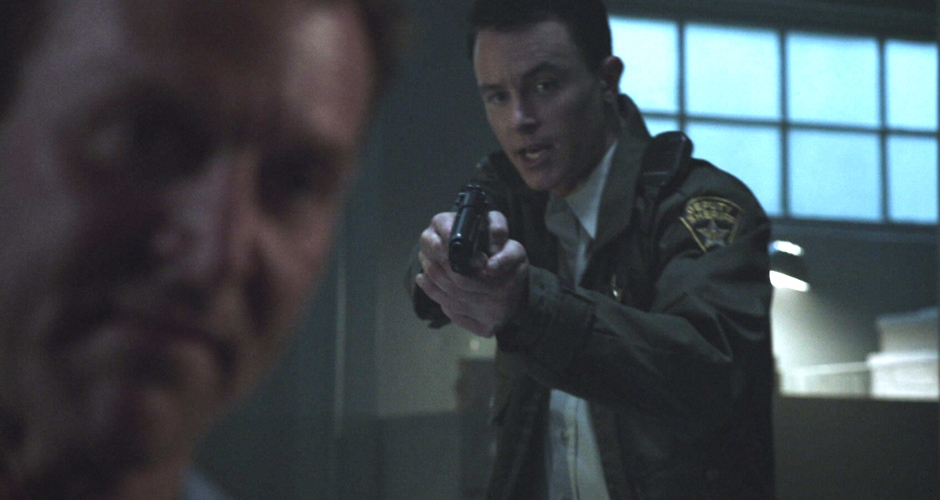 Teen Wolf has finally revealed the identity of the Benefactor. Sort of. I guess. It’s pretty unclear why the Benefactor has been doing the things they’ve been doing, but their motivations are just another in a long line of questions. Hopefully their goals, as well as the question of Parrish’s identity, will be answered before the end of the season.

“Perishable” opens with the prince of my heart, Deputy Parrish, being doused in gasoline by his colleague. It’s a pretty shocking opener, except that everyone knows by this point that Parrish is supernatural, so there isn’t really any doubt that he’s going to make it through. Parrish survives and proceeds to swagger into the Police Station, charred but otherwise still hot. His utter beatdown of his murderous colleague reveals a different side to his character. He’s such a gentle guy usually, but being set on fire tends to burn through one’s good will.

At this point I’m more or less convinced that Parrish is a phoenix, or else some other creature that’s said to be associated with fire. It’s been one of this season’s greatest mysteries, and I admit to being disappointed that this episode doesn’t answer the question. In fact, it reveals that Parrish himself doesn’t even know what he is. I’ll give him this, he handles his sudden fire resistance pretty well. 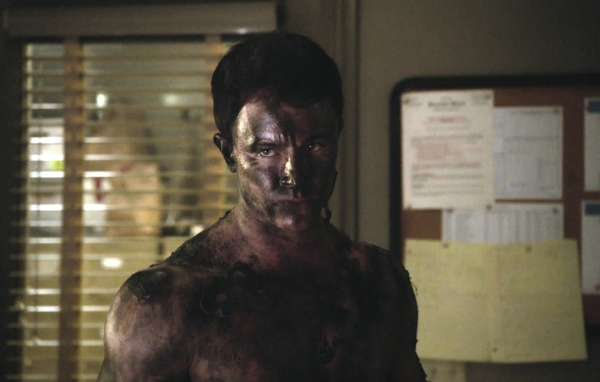 “I rose from the ashes, even sexier than before!”

Liam is trying to talk his way out of attending the school bonfire when he begins to hallucinate Berserkers. It doesn’t help that he’s kept up the night before by creepy printouts of the updated hit list. I always forget how hard it must be to go through werewolf puberty in the middle of a crisis like this, but Scott does his best to keep Liam afloat with his Alpha comforting techniques. But that’s before they discover that the hit list is now being widely distributed to anyone who cares to take a crack at amateur assassination. I’ll give the citizens of Beacon Hills this. They’re all either impressively ignorant, or they’ve known about the town’s supernatural community all along.

Liam and Scott attend the bonfire, which is the kind of unchaperoned school-sanctioned party that only television can cook up. Along the way they run into Malia, who’s trying her best to get wasted. Scott informs her that it’s not possible for were-folks, but Malia shows signs of intoxication anyway, as do Liam and Scott soon after. Naturally, it’s the work of a music manipulating DJ assassin and his cop partners in crime. They take Malia, Scott, and Liam into the school and douse them in gasoline. It’s a totally ridiculous plan (how will the bodies be identified by the Benefactor if they’re burned to a crisp?), but they’re saved at the last minute by Danny-replacement Mason, who pulls the plug on the music. Scott calmly stops the cop from setting him on fire, cheerfully breaking his hand while he’s at it. It’s a move reminiscent of the one he pulled on Violet a couple weeks back, and it’s a great “Alpha” moment. Scott is such a happy, sweet guy most of the time, but he’s not to be trifled with.

It’s always cute when people think they can kill him.

De-powered Derek and Braeden come to help them deal with the crooked cops, and Derek seems to have adjusted well enough to his human limits. He may not be a shaggy wolf man anymore, but he’s still got a mean right hook.

While Scott, Malia, and Liam deal with the assassins of the week, Lydia and Stiles investigate her grandmother’s code. Lydia tells a really awesomely interwoven story of how her grandmother predicted her own girlfriend’s death and encountered Meredith later in life. The conclusions drawn from the story take them to Eichen House, where they discover that the jerk orderly from the past Eichen House episodes is actually a serial killer who kills (banshee?) patients to put them out of their misery, or at least that’s what he claims. He’s a little too sinister for that line of thinking. The orderly forces Lydia to listen to a tape he recorded as he killed her grandmother, in which Lydia is referred to by Grandma as “Ariel”, a reference to a shared experience between them. It’s a seemingly pointless scene, though Stiles’ attempts to drown out the tape are sweet.

The orderly attempts to kill Lydia (after making her go through the trouble of listening to the tape?) but is stopped by Deputy Parrish, who comes in like a Big Damn Hero and shoots the orderly dead. We rejoice, because that guy is terrible and Parrish is great. But the orderly is only a pawn. It’s at that point that the real Benefactor is supposedly revealed. 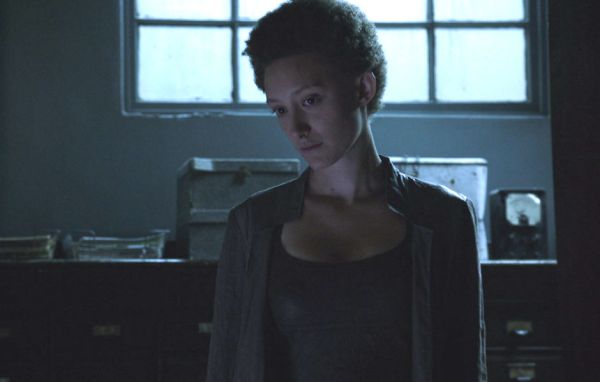 “Surprise, banshee. I bet you thought you’d seen the last of me.”

It’s Meredith. Okay then. Currently, it doesn’t make a lick of sense for Meredith to be the Benefactor, considering that she too is a supernatural creature. I suppose her previous attempts to help them were fake, or else she’s not actually the true Benefactor. It seems more likely at this point that she’s a pawn, as she doesn’t have any reason to kill Scott’s pack, nor has she attempted to before now despite knowing Stiles since his stay at Eichen House.

Either way, it’s kind of a let down, though I feel like the identity of the Benefactor would be a letdown know matter who it is. I was really pulling for Gerard or someone though. It’s not too late for this to be a red herring, so we’ll find out soon enough.

This Benefactor plot is starting to wear thin, and I’m hoping it’s conclusion will make more sense than the revelation of it’s supposed mastermind. I’d also like to see the conclusion of the “everyone is suddenly poor” storyline, since it hasn’t done much but generate needless drama, with a few admittedly sweet family moments. It seems like the Kate plotline has fallen off the radar for the moment, but I imagine that she’ll team up with Team Scott for a temporary truce when the time comes to take down the Benefactor. With only a handful of episodes left, they better start wrapping things up.

Images are copyright of MTV.