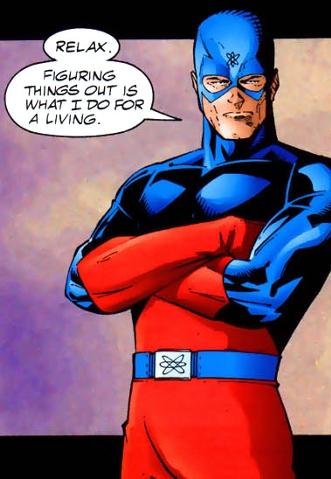 Former Superman Brandon Routh is set to don a new DC mantle for Arrow‘s third season. According to TVLine, Routh will play Ray Palmer, AKA The Atom. Palmer, a renowned scientist, is said to “play an unexpected role in the lives of Oliver and (rumored love interest) Felicity as the new owner of Queen Consolidated”, and that his motives will be “shrouded in mystery”. Routh’s character will mark The Atom’s first appearance on live-action television. (via TVLine)

Meanwhile, The Green Arrow himself, Stephen Amell, has quelled rumors of an appearance in Batman v Superman: Dawn of Justice. Amell recently posted a Facebook status update explaining his (lack of) involvement in the film.

“I appreciate all the support and enthusiasm, but not everything I post is a cryptic indicator that I’m going to be in Batman V Superman. I’m not going to be in Batman V Superman. As an aside… The next time that I either do a video or an interview with a journalist that I like, I’ll be happy to explain why this is the case. Short form – it’s not a barometer on ability or the quality of genre – TV V Film, no pun intended. Everything here boils down to logistics. In any event… thank you for how much support you’ve showed me. But keep in mind, playing Arrow on television isn’t a consolation prize. We play the definitive versions of our characters in the DC Universe.”

In my opinion, it’s a good thing Amell won’t have to compete with the other confirmed heroes for screen time in the already bloated Batman v Superman. Being the star of a hit TV show is likely preferable is terms of exposure, and Amell himself doesn’t seem concerned that he won’t be appearing in the film.

Are you excited about Brandon Routh returning to DC? Bummed that The Green Arrow isn’t going to show in Batman v Superman? Let me know in the comments.

All images and properties are copyright of DC Entertainment, and The CW.