Comics are my life. I started reading comics in earnest about two years ago (not counting the shelves and shelves of manga I’d accumulated from my teen years), and in that relatively short time, I’ve amassed ridiculous amounts of trade paperbacks. As such, I’ve taken on the righteous mission to introduce as many other people to the magical world of comics as possible. And that includes you.

My goal is simple: Regularly bring you a personal comic recommendation that is one or more of the following:

I’ll let you know what it’s about, why it’s awesome, what it’s perceived flaws are (in case they’re dealbreakers for you), and how best to obtain it.

To start off, here’s some Captain America, just in time for the 4th of July. 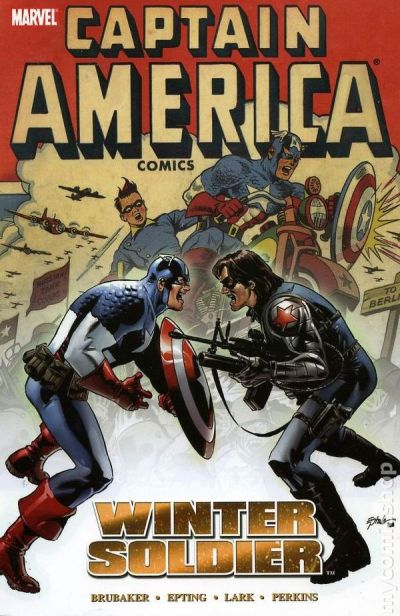 What It’s About: Super soldier Captain America must face the demons from his past when his presumed dead friend, Bucky Barnes, resurfaces as a brainwashed Russian assassin. With the help of his ex-girlfriend and fellow field agent Sharon Carter, Cap attempts to bring his old friend back, and stop the people controlling him.

Why You Should Read It: If you saw Captain America: The Winter Soldier this past spring, than that probably sounds familiar to you. The film was heavily based on Brubaker’s 2006 comic series, with some scenes being directly translated to the big screen. The comic itself made history with the resurrection of Bucky Barnes, a character thought to have been permanently dead. Brubaker avoided the usual heavy-handedness of resurrection and expertly reinvented Bucky as a troubled, but ruthless assassin. The story dives deeper into The Winter Soldier’s back story, as well as Cap and Bucky’s wartime adventures. Sharon Carter is a major player, as someone who can both support Cap, and work independently from him. While Black Widow doesn’t make an appearance, the Falcon, Iron Man, and Nick Fury are all involved. The story is richly crafted and emotionally charged, and the art is beautiful and detailed.

Things to Be Wary Of: The Winter Soldier references and discusses a few past events and characters that a new reader wouldn’t likely have heard of. I had to Google some names and places a few times, and while the story pretty effectively explains what needs explaining, there are still some moments of confusion.

If you’re triggered by or uncomfortable with physical and psychological abuse, and/or murder, be wary. It’s fairly mild, but still disconcerting for some.

How to Get It: Captain America Volume 1: The Winter Soldier Ultimate Edition collects Captain America #1-9 & #11-14, and can be found at your local comic store, or retailers like Amazon and Barnes and Noble. If you’d prefer to read your comics online, Comixology has both collected editions and single issues.

All images and properties are copyright of Marvel Entertainment LLC.