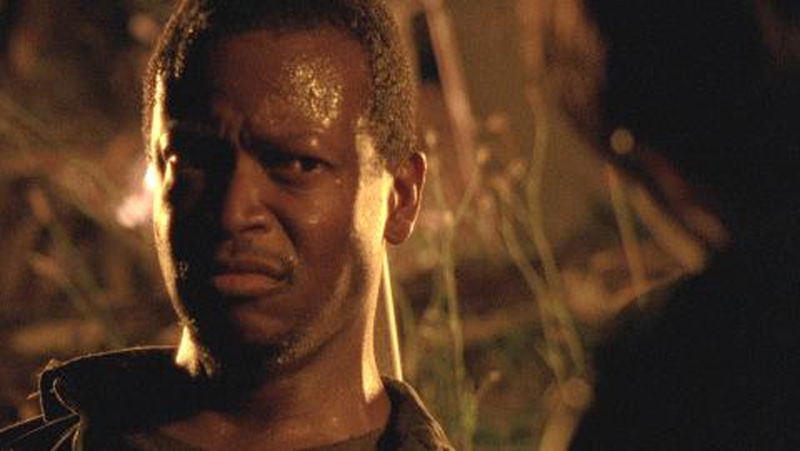 The Walking Dead‘s second episode of the season takes a breather after it’s action packed premiere and allows Rick’s group to catch up and find temporary shelter. Of course, being The Walking Dead, danger lurks just around the corner, kickstarting an infamous comic book storyline.

“Strangers” takes on a slower pace than “No Sanctuary”, giving Rick’s group time to reacquaint themselves with each other and the audience. Some amount of time has passed, which makes it a little strange that Rick only now addresses Carol’s return to the group and Tara’s involvement with The Governor. Those opening conversations feel a little random, but it’s nice to get some of the conflict out of the way. They could have dragged out the secret of Tara’s former affiliation for episodes. I’m glad they didn’t, especially since Rick’s, and later Maggie’s, forgiveness of her makes for some sweetly human moments.

Rick and the group come across Father Gabriel Stokes, a local minister who has somehow managed to survive this long without killing a single walker. Gabriel’s spiritual ways immediately come off as shady, though his lack of survival skills rule him out as a direct threat. As he shows Rick’s group to his church, it becomes clear that Gabriel is hiding something. His church, riddled with knife marks and threatening messages about Hell, hints at a past of selfishness and cowardice. 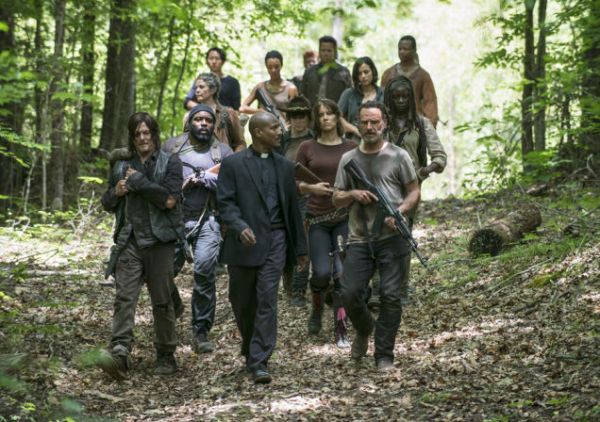 “You can stay at my church! There’s definitely nothing suspicious about it! No weird markings on the outside or creepy foreshadowing phrases painted on the walls.”

Gabriel may end up being a valued ally to Rick, but his naivety could make him a liability. On a supply run, he panics upon seeing a walker that he knew pre-apocalypse, nearly getting Bob killed in the process. If Gabriel doesn’t toughen up, he may cause more harm than good.

During dinner, Abraham makes his Washington DC pitch to the group. In good spirits and drunk on wine, they all agree to go, though not everyone is there to enjoy the after party. Carol, after an episode of distancing herself from everyone, slips away into the night and attempts to leave via a car she found earlier in the day. Daryl manages to stop her in time, but his attempt to talk her out of leaving is put by the wayside when he sees a car with a white cross go by. He immediately recognizes it as the same type of car Beth was taken in, and ushers Carol into her own escape vehicle to join him on a rescue mission.

Once again, Daryl is the only one who seems concerned about Beth. I truly appreciate his dedication to her, but it bothers me that no one else seems to care. Maggie, Beth’s own sister, has barely mentioned her since the prison fell. It’s either a writing oversight or an example of how cold the group has gotten, but I don’t like it either way. I expected Maggie, Glenn, and Rick to butt heads with Abraham, Eugene, and Rosita over the issue, but they haven’t even mentioned to them that they have a missing person they need to find. Thankfully Daryl and Carol are on the case. 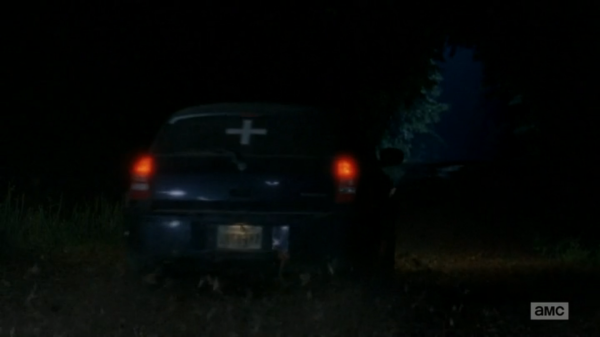 As everyone else parties on in the church, Bob stands outside and watches the festivities ruefully before wandering into the night. As he begins to cry, it becomes clear what may have happened to Bob during the supply run. Before we can know for sure, Bob becomes the victim of an even worse fate, as he’s knocked unconscious and kidnapped by the remaining Terminus residents. Among them are Gareth, their leader, and Martin, the man Tyreese claimed to have killed in “No Sanctuary”. As Bob comes to, he’s smugly informed by Gareth that he and his men are eating Bob’s leg.

Second in horror only to a similar scene in an episode of Hannibal, the “BobBQ” scene will go down as one of the most revolting moments on TV this year. I feel bad for Bob. He never really resonated with me, and now he’s as good as dead. Still, I get the feeling that Bob may yet have the last laugh.

Next week, Rick will learn why it’s always important to go back and make sure your enemies are dead. With Daryl and Carol – the two best fighters – off to rescue Beth, Rick and the rest of the group will have their hands full dealing with Gareth and the remaining Terminus folks. How will they deal with them? What will this mean for Tyreese, whose failure to kill Martin may have resulted in this outcome? Will I ever be able to unsee the sight of Bob’s foot on the fire? Only time will tell.